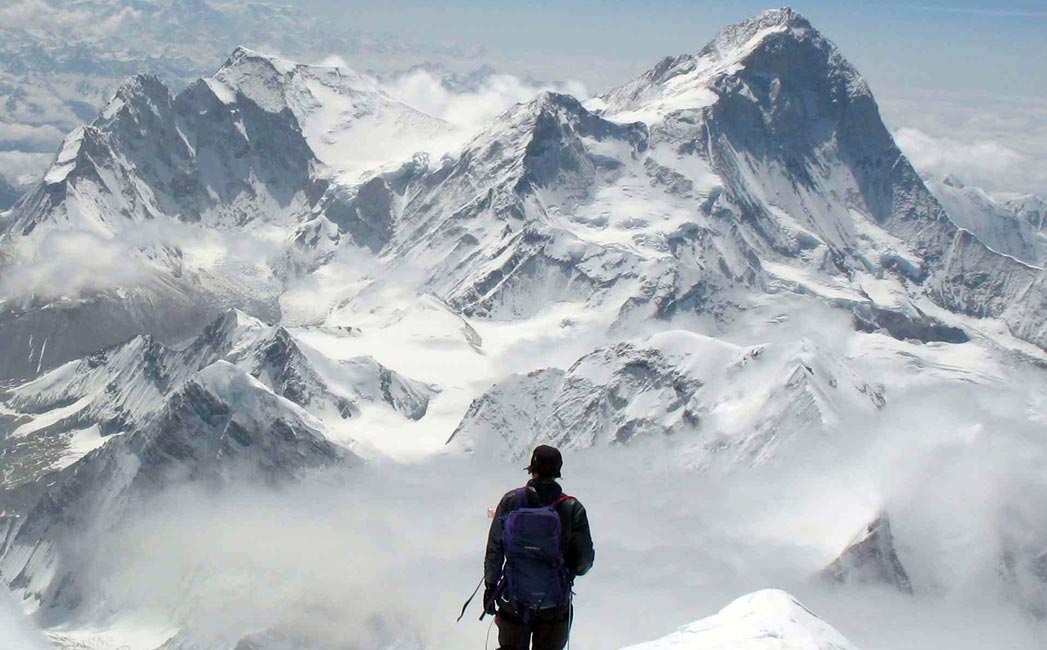 Broad Peak is located approximately five miles from K2 along the Baltoro glacier. En route to base camp for Broad Peak, the twelfth highest mountain in the world, climbers and trekkers alike can visit the Gasherbrums, the Trangos, K2, and Chogolisa. On a good day, both Chogolisa and K2 can be seen from the upper reaches as well as from base camp of this extraordinary mountain. Its name was originally set as K3, as in the third mountain measured in the Karakoram range, right after the famed K2. But when on-lookers later viewed the peak in closer detail, they discovered that its summit was over a mile long, and hence the name “Broad Peak.”