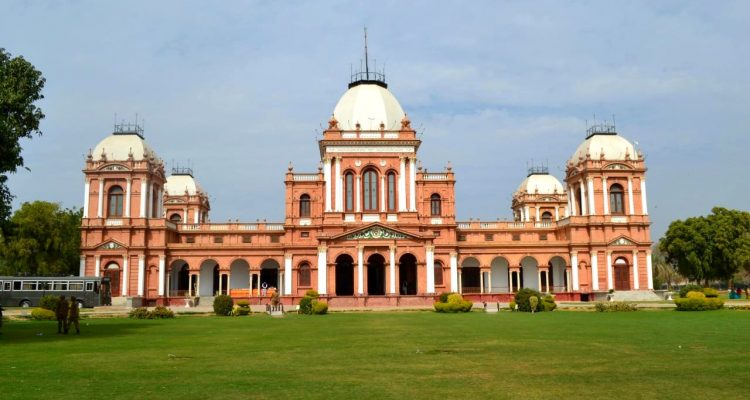 Sufism has an illustrious history in Pakistan and evolving for over 1,000 years. The presence of Sufism has been a leading entity increasing the reaches of Islam throughout the Indian subcontinent. Following the entrance of Islam in the early 8th century, Sufi mystic traditions became more visible during the 10th and 11th centuries of the Delhi Sultanate. A conglomeration of four chronologically separate dynasties, the early Delhi Sultanate consisted of rulers from Turkic and Afghan lands. This Persian influence flooded India with Islam, Sufi thought, syncretic values, literature, education, and entertainment that has created an enduring impact on the presence of Islam in Pakistan. Today, there are thousands of Sufi shrines and mausoleums which dot the landscape of Pakistan.

Day 1 Arrival at Karachi and transfer to hotel. Afternoon; visit shrines of Abdullah Shah Ghazi at Clifton. Baba Abdullah’s shrine is one of the most popular spots in Karachi. Everyday thousands of devotees visit this Tomb to offer Fateha (Prayers) regularly and are attended by scholars, mendicants, qawwals and musicians, besides thousands of devotees.

Day 2 Day trip to Thatta and visit Makli Graveyard. Makli is perhaps the largest necropolis in the world. Those lying buried in their graves have left their style and splendor behind even after their death. Most of the graves in this large necropolis date back to the time of Muhammad Bin Qasim. Also a visit to Shah Jehani Masjid, Thatta.

Day 4 Leave for Bahawalpur and visit Uch Sharif (Mai Jawindi). Uch is a very old town and is believed to have existed since 500 B.C. Bibi Jawindi was the daughter of Syed Jalal Sain. She was a very pious lady and highly respected by the people of the area.

Day 5 Leave for Multan and transfer to Hotel. Afternoon visit Fort and Mausoleum of Hazrat Bahauddin Zakaria and Shah Rukn-e-Alam and Hazrat Shams Tabrez. Multan is famous for its innumerable Khanqahs (Shrines) Annual Urs is held at each Khanqah (Shrine).

Day 6 Day trip to visit Sakhi Sarwar near Dera Ghazi Khan. Hazrat Syed Ahmed Sultan popularly known as Sakhi Sarwar (the Generous King) is buried in the town, which sprang around his tomb near Dera Ghazi Khan, 94 Km South West of Multan. He was another Sufi Saint of the Ghaznavid period. His tomb is situated near a hill stream at the foot of Sulaiman Hills. It is a beautiful building, which is always thronged by devotees.

Day 7 Leave for Lahore via Jhang and Faisalabad. Enroute visit the Tomb of Hazrat Sultan Bahu, the famous Sufi saint.

Day 8 Full day at Lahore-visit Mausoleum of Hazrat Data Ganj Baksh (Data Darbar). He was an eminent scholar and author of many books on theology. One of his famous books is “Kashul Mahjub”. He can be described as the founder of the Sufi Cult in Punjab. His tomb in Lahore is always thronged by devotees, day and night. Lahore is called “Data Ki Nagri”, after him. Many miracles are attributed to him. It is believed that nobody has ever returned empty handed from his tomb. Also visit Tomb of Mughal Emperor Jahangir and Hazrat Mian Mir Muhammad. He enjoyed the distinction of having three royal personages as his devotees. The first was Emperor Jahangir, followed by Shah Jahan, Dara Shikoh and Aurangzeb – his shrine is about 3 miles from Lahore railway station.

Day 9 Day trip to Qasur – visit the Tomb of Baba Bulhey Shah, one of the greatest Punjabi Sufis. Qasur is a historical city and still retains some of its ancient features. Like other Sufi poets, Baba Bulhey Shah is immensely popular amongst the masses as well as the elite. His “Kafis” are sung by singers who take great pride in reciting his poetry.

Day 10 Leave for Rawalpindi and transfer to hotel.

Day 11 Full day in Rawalpindi/Islamabad and visit Shrines of Barri Shah Latif in Islamabad. Shah Abdul Latif Kazmi known as Barri Shah Latif is considered the patron saint of Islamabad, the capital of Pakistan. It is said that he had predicted the construction of a new city near his tomb, which will be named after Islam. His tomb was built under the orders of the Mughal Emperor Aurangzeb and is situated in the village of Nurpur in the foothills of Margallas.

Tours are custom tailored. However personalised tours can be arranged based on the client’s preferences.

Rates will be prepared after confirmation of a tour by the client.